The countdown to the extension of controversial rules extending off-payroll rules into the private sector has begun in earnest following government’s publication of draft legislation last week.

While campaigners descended on Parliament earlier last week to protest against the changes, the ensure that from April 2020, medium and large companies will be responsible for determining whether the contractors they recruit fall within the scope of IR35 legislation and are liable to pay a higher rate of tax. Recruitment agencies will also need to operate a payroll for any contractors they supply who work through their own company and fall within the scope of the rules.

The draft legislation has not gone down well with industry bodies. Tom Hadley, the Recruitment & Employment Confederation’s director of policy and campaigns said the draft legislation risked damaging the UK’s productivity and labour market flexibility at a time when it is most needed.

“We know from experience that the IR35 rules are a huge problem for employers and contractors alike. Making sure everyone pays the right tax is essential, but the rules need to be clear to be effective. The last thing private sector businesses need at this time of Brexit uncertainty is rushed or poorly-designed tax rules that add further uncertainty to an already fragile business landscape.

“The government must urgently reconsider its choices and delay changes to IR35 until at least April 2021.”

Meanwhile Samantha Hurley, operations director at the Association of Professional Staffing Companies (APSCo) and co-chair of HMRC’s IR35 forum, commented that while the draft legislation is largely in line with the body’s expectations, APSCo is extremely disappointed that fee-payers will shoulder the liability of incorrect status determinations – particularly as this is at odds with what was anticipated.

“We also believe there should be more clarity around the meaning of a ‘status determination statement’. At present, the client ‘complies’ if it provides the decision with reasons to the party contracting with it in the chain and the worker – regardless of whether HMRC ultimately decides the decision was correct – but how much detail should go into this reasoning? Similarly, the legislation states that ‘reasonable care’ should be taken, but there is not yet any certainly around what ‘reasonable’ should look like. In our view, there is still too much room for manoeuvre.

“We welcome the fact that the criteria which defines entities which are ‘small’ – and so exempt from the changes – has now been more clearly defined. However, there is no statutory obligation on the client to notify the parties in the chain that they are small, and commercially this will be problematic.”

“The recent case of radio presenter, Paul Hawksbee, who successfully challenged a deemed tax bill of around £140k in an IR35 tribunal, is the latest in a long line of stories which indicate that HMRC has little grasp of its own rules … However, APSCo and its members will, of course, continue to work with clients and contractors to educate them on the changes, and to offer guidance on the many grey areas.”

Adrian Marlowe, chair of the Association of Recruitment Consultancies (ARC), said the body will continue to review the draft legislation, against the background that it has long pressed for modernisation of certain key elements to IR35 principles.

“The assessment of hypothetical employment status and related definitions has caused much confusion over the years and there is a plethora of evidence that the assessment is problematic. After two years of use the CEST tool, which is intended by HMRC to make the assessment easier, is still flawed and misleading.

“We believe the government is missing a trick in not tidying up the entire IR35 legislation at this stage. Instead, with the inclusion of an obligation upon a hirer to give reasons for the outcome of its IR35 assessment, and liability for the tax and NICs if reasons are not given, the rules are now more complicated than ever. We fear the resulting administrative burden and associated risk will inevitably induce blanket decisions.

“At the same time the likely fallout may well offer a golden egg to the alternative model – the umbrella sector not affected by this legislation. Accordingly employment businesses currently supplying contractors may want to consider their position and policies. What services can umbrellas offer that agencies cannot, given that unlike employment businesses that provide work finding services which are regulated and may not charge their agency workers, umbrella businesses do not provide work finding services and do charge their employed contractors?

“If independent company contracting is to be protected, with those willing to take the risks associated with running a business being recognised as deserving better tax breaks, it is imperative that there is an independent review of this legislation before it is implemented.”

Chris Bryce, CEO of freelancer and self-employed association IPSE, warned the extension of the rules would put a huge extra burden on organisations that depend on the use of highly-skilled flexible workers to help them succeed.

“With such short notice, the Treasury has left businesses to choose between access to the skills they desperately need and trying to rush implementation of rules even HMRC itself doesn’t understand.

“Make no mistake, this is nothing less than an unfair, unnecessary and unworkable tax on the very smallest of business, introduced by government at a time when Britain needs all the flexibility and agility it can get.

“We can only hope that the incoming prime minister will recognise this measure for what it is, and scrap it altogether. But now we have finally seen the draft legislation the government must at the very least delay its introduction to give everyone time to work out this chaotic mess.”

Dr Sybille Steiner, partner solicitor at law firm Irwin Mitchell, echoed that warning. She told Recruiter: “Medium and large-sized recruiters would have only nine months to prepare for having to operate a payroll for any workers they supply who work through their own company. This is likely to impact productivity significantly and there are still considerable concerns whether the rules are clear enough not to provide additional burdens on organisations.”

And Dominic Harvey, director at careers site CWJobs, warned of how the rules could adversely affect the tech sector in particular: “This could be potentially damaging to a tech industry that’s already finding it difficult enough to plug the skills gap as it is.

“Forcing companies to be liable for deciding on the tax status of its contractors could see them abandon this help altogether, leaving an even bigger skills gap to fill. Until a shrinking permanent tech workforce can provide the skills, projects could be delayed or scrapped and will this surely damage our competitiveness on the international stage.”

Seb Maley, CEO at contractor insurance firm Qdos Contractor, said it seems very unlikely that there will be a U-turn or a delay at this stage, despite the fact that amid political uncertainty further IR35 reform he says is “short-sighted and unnecessary”.

“HMRC is wrongly under the impression that public sector reform has been a success. Therefore, it’s no surprise that private sector changes look like they will closely mirror those introduced in the public sector in 2017, barring a few small tweaks, such as the ‘status determination statement’, which means clients must respond to a contractor’s dispute in 45 days. Given the liability can transfer to the end-client, this highlights the importance of making well-informed IR35 decisions.

“The onus is now on the private sector to get ready for the arrival of these changes next April. With greater clarity over the incoming rules, private sector firms can at least focus fully on preparing for these changes, ensuring they are capable of accurately setting the tax status of contractors.”

“Recruitment agencies, that will often carry the IR35 liability as the fee-payer in the supply chain, must also get to work. To be in a position to continue attracting contractors and protect their own liability, it’s vital they collaborate with end-clients to ensure IR35 status is set accurately.”

Mark Beal-Preston, chief commercial officer at Optionis Group, which includes First Freelance, added: “There are almost five million people in this community, but there’s a very real risk that access to skills will be severely limited if people choose to turn their backs on contracting because of these changes, with recent research from the FCSA suggesting that as many as one in eight (13%) already plan to do so.” 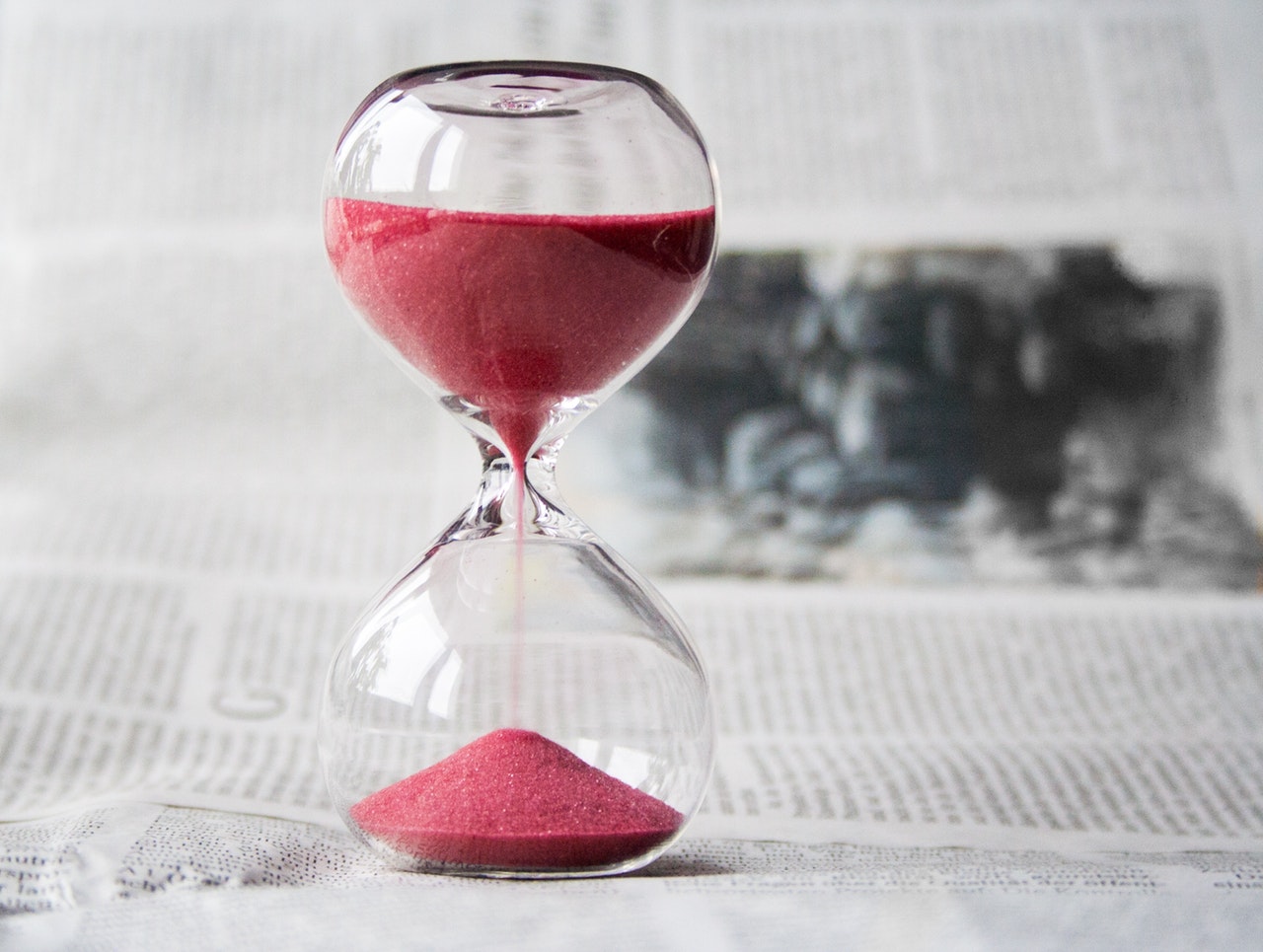