Think back to the last time you moved to a new job.

Did you carefully read the employment contract before accepting or just find out how much they were going to pay and cheerfully hand in your notice?

More than 53 per cent of working British people say they accepted a job without reviewing the employment contract first.

The research was carried out by pensions advice specialist Portafina, which revealed that even 27 per cent of lawyers fail to check their contract before accepting a new job.

But this failure to read the small print could be costing people. Jodie Hill, employment solicitor at Thrive Law, says: “Not reviewing your contract means you lose the opportunity to negotiate important elements of your job such as your job spec, hours, salary, pension and notice period. You may find yourself with an inaccurate job title or description.”

She adds: “We once had a client who didn’t realise they had agreed to deductions in their contract. This meant they had to repay their training costs (a significant sum of money!) and were a lot worse off for it.”

Of course, most employee contracts don’t have those kind of nasty surprises lurking, but they do have the details of what, if any, additional perks and benefits workers can expect from their employer.

That is important because the value of various workplace benefits can be substantial, meaning it’s impossible to compare roles without factoring non-payment-based rewards.

Here are some of the benefits an employer might offer and what those benefits might be worth.

You don’t need to worry about whether an employer actually offers a pension plan or not as this is now a legal requirement. Unless you choose to opt out then from April this year 8 per cent of your salary – 5 per cent from you and 3 per cent from your employer – will be saved into a pension scheme.

But some employers offer a greater contribution than the minimum and may match their employees’ contributions up to a certain point. That’s potential free money and should be factored into any comparison of wages and benefits – hard to do if you’ve not seen the contract.

By accepting a job without checking the Ts and Cs, you risk not finding out exactly what your holiday entitlement is. A full-time worker has the right to 28 days’ holiday but what actually happens can really vary from workplace to workplace.

So, some employers might include the eight UK bank holidays within your statutory entitlement, meaning you only have 20 days to choose when to take.

Others might expect you to be available for bank holidays. Some employers will expect you to accrue holiday entitlement throughout your first year, which can mean you’re restricted on when you can take paid leave – potentially disrupting travel plans.

Again, finding all this out in advance is essential. Knowing what is being offered helps workers assess whether a role is right for them.

It also helps them assert their rights. Research carried out by the TUC found that one in 12 workers don’t get their legal holiday entitlement, losing out on a collective £3bn of paid leave a year.

Will a potential new employer allow flexible working? If they do then it’s likely to come up at interview as a selling point for the business.

But what are the limits and will it work around your life? This is essential to know in advance, even if a line manager is happy to agree an informal arrangement.

After all, if that immediate manager were to move on and the arrangements weren’t committed to paper, it might be hard to ensure they continue under a new manager.

Flexible working arrangements are worth a lot to people. Recent research carried out by workforce management software firm Quinyx found that 36 per cent of the 2,000 respondents would demand at last 31 per cent more on their salary if they were to give up their flexible work arrangements.

Most of us don’t think too deeply about getting sick and we definitely don’t think about dying when we’re cheerfully accepting a new job.

But these kinds of benefits can make an enormous difference to anyone who is forced to claim them and so knowing in advance what an employer offers is key.

Every employee is entitled to statutory sick pay, including part-time workers, fixed-term contract workers and agency staff, as long as they earn at least £116 a week.

But many employers offer better terms than that, including a fixed number of fully paid sick days.

Another common benefit is death-in-service pay, often fixed at four times the employee’s annual salary. For someone earning £25,000, that could mean a tax-free lump sum of £100,000 paid to their family on their death. That’s worth having.

The benefits vary but knowing exactly what would be available helps workers compare different employers and plan their own finances and insurance policies.

Just remember, it’s not only when you move employers that you need a paper trail. It’s also essential if you’re gaining a promotion, agreeing new terms or even switching to a new role within the same organisation.

HR professional Sally O’Shea adds: “Make sure you get paper copies of your contracts and if you accept a promotion within your current company, insist on everything being put in writing. It helps you argue the point later that you are entitled to longer notice, for example, if you were to be made redundant. Without any paper trail it is difficult to argue the point.” 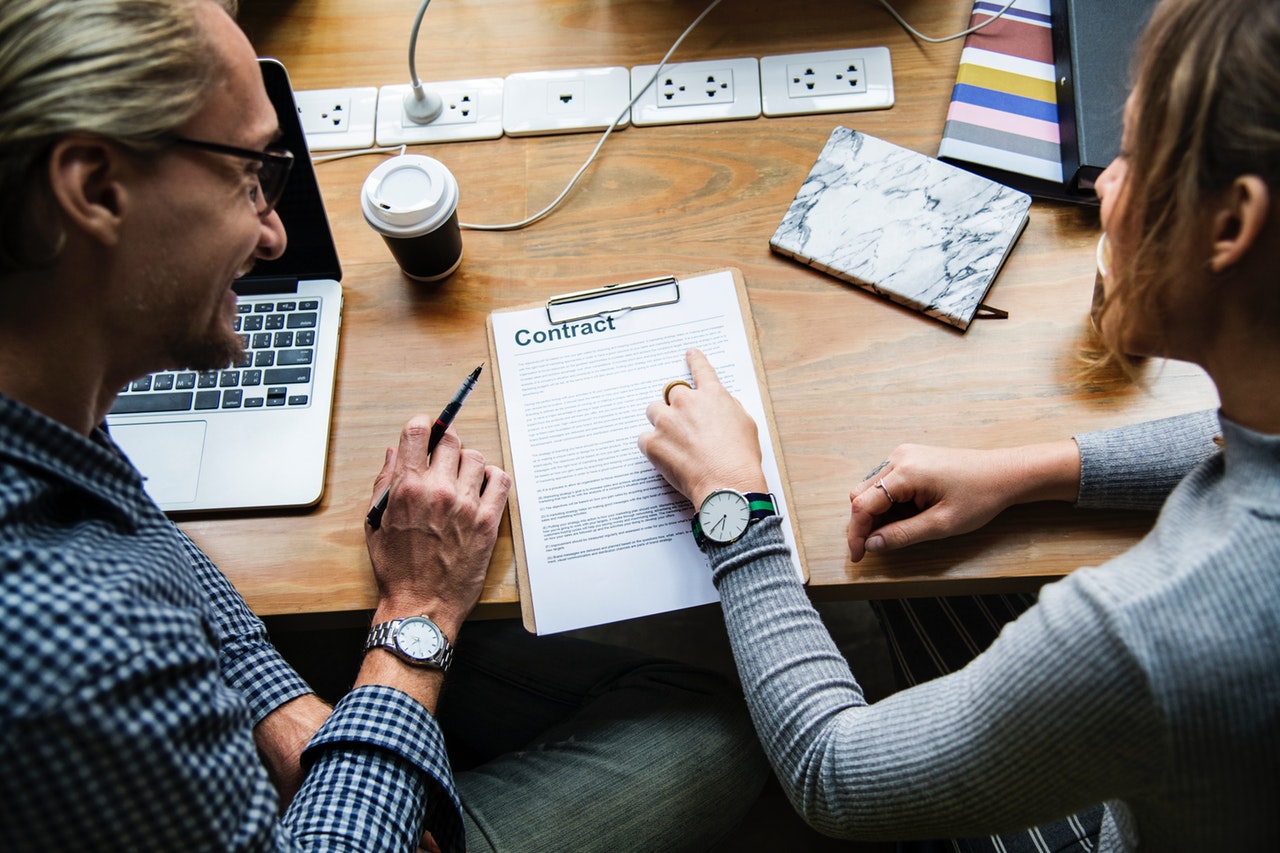